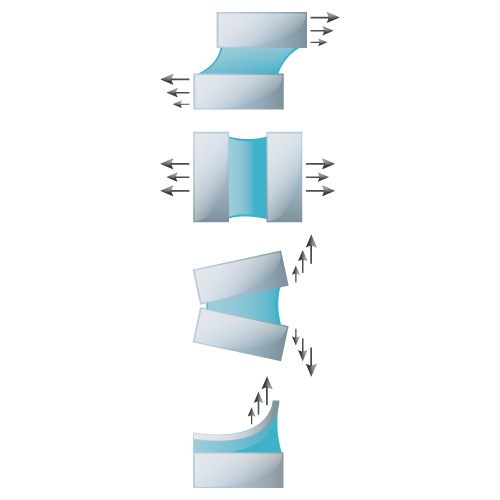 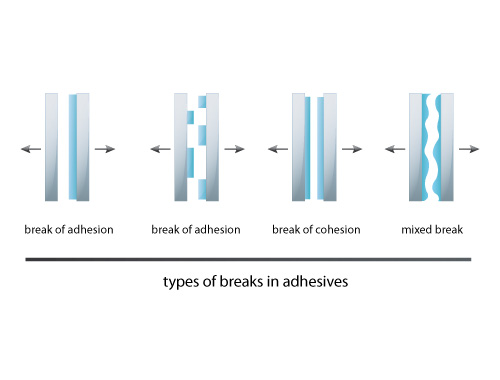 Splitting and peeling stresses should be avoided in construction, because the force is distributed only on a small portion of the adhesive surface.